A smart and stylish game laced with humour, Foxin’ Wins has everything you could want from a slot. Featuring fun characters such as Mr Fox and his cunning team, state-of-the-art graphics and a host of bonus elements, will you be able to beat the leprechaun and take his gold? 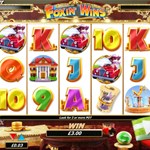 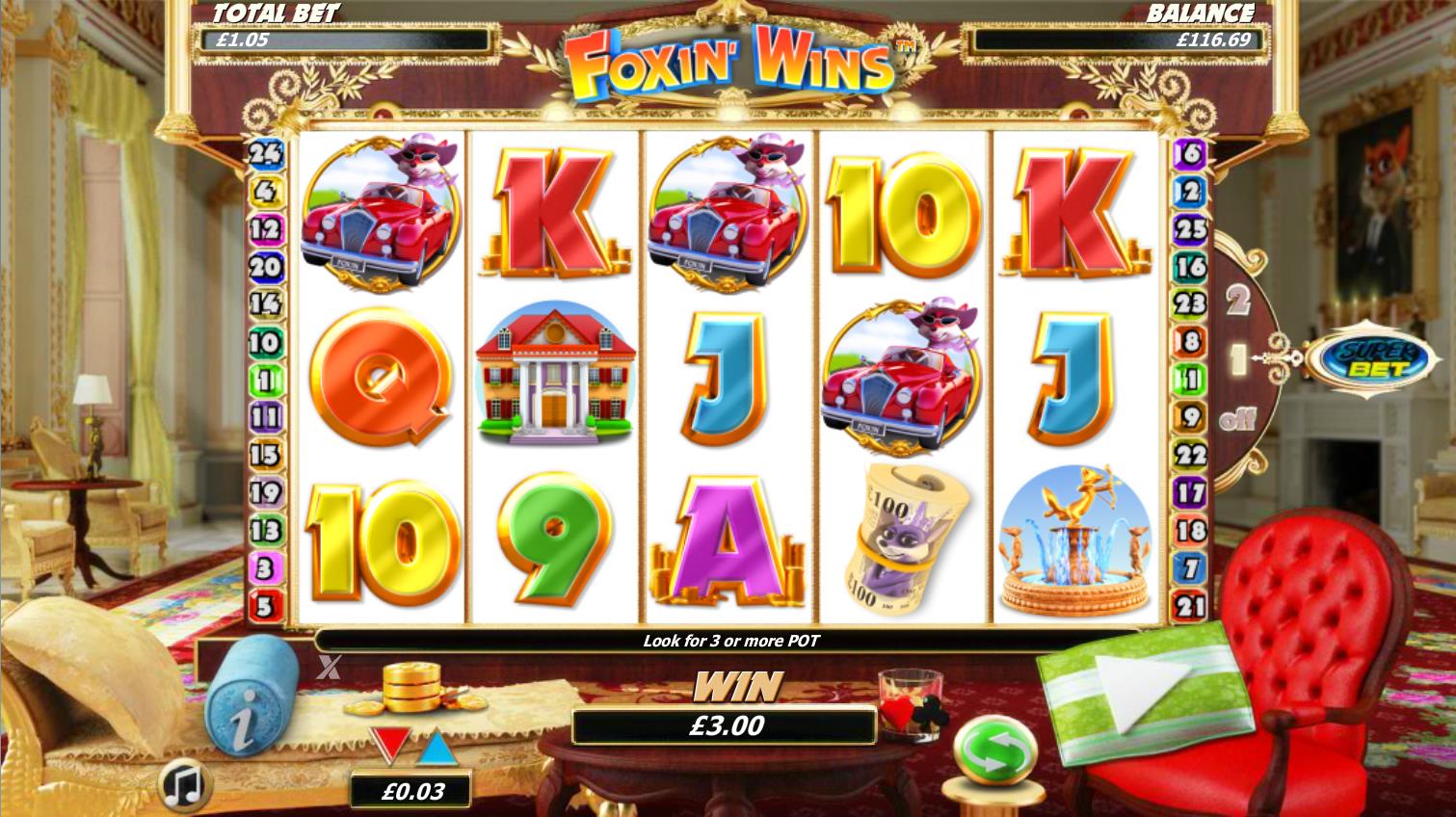 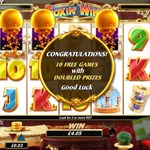 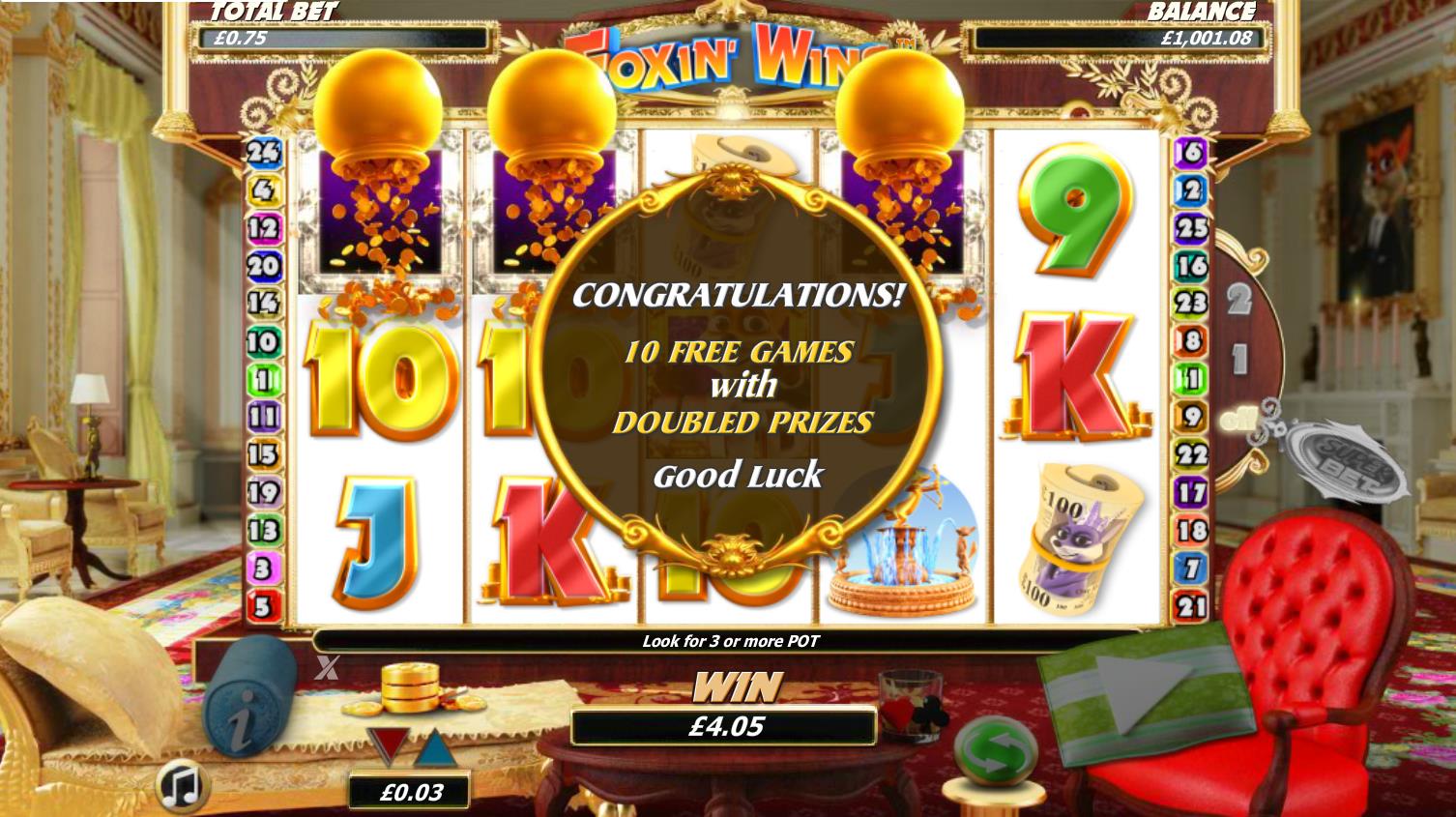 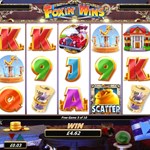 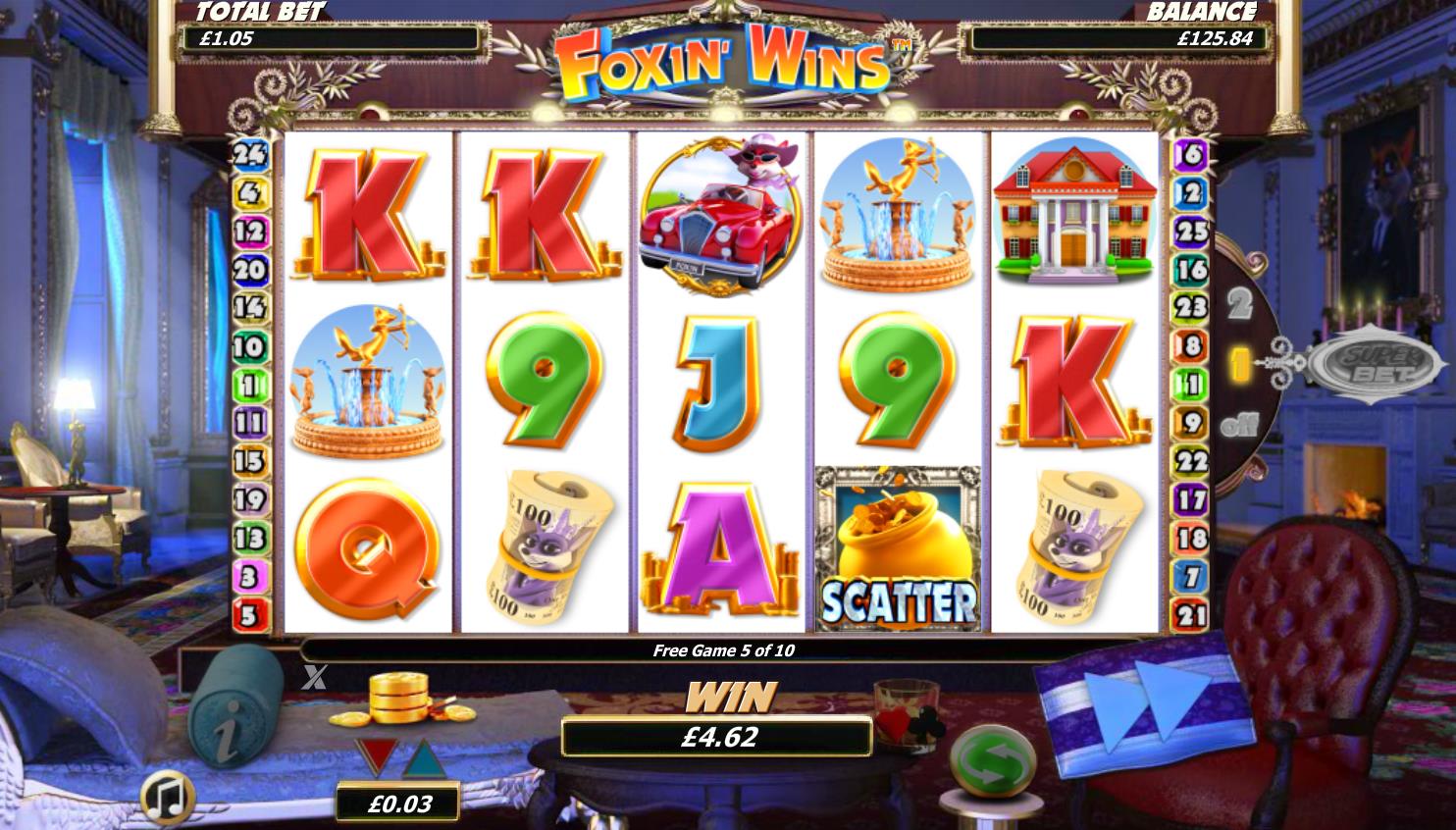 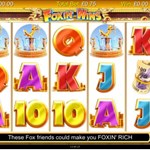 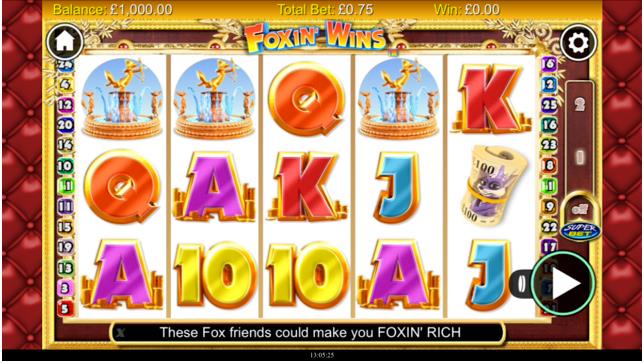 Uncover the fox pups and catch the leprechaun

Why You Should Play Foxin’ Wins

Foxin’ Wins is a five-reel, 25-payline slot. The game takes place inside Mr Fox’s luxury mansion, and he is in generous mood as he gives players the chance to win fantastic prizes. Symbols include various examples of opulence, such as a mansion, ornate fountain, banknotes and a vintage car, and visually it is a treat. Accompanied by a jaunty soundtrack and including a host of exciting features, Foxin’ Wins cannot help but raise a smile as the main character pursues a naughty leprechaun around his home in a bid to claim his gold.

You don’t have to be as cunning as the heroic Mr Fox to be able to spin the reels at Foxin’ Wins. All you need to do before starting out is decide on your stake, between 1p and £2. You can then start spinning the reels by tapping the cushion at the bottom or just hit the green autoplay button next to it.

The Wild symbol is a fox pup. They hide inside the reels and wait to turn symbols into Wilds, giving you extra chances to win.

You’ll be awarded ten free spins if you land on three or more of the Scatter symbols, which are represented by a pot of gold. During the free spins round, the fox Wilds will also be active and any wins will be doubled.

The leprechaun will randomly run across the screen after certain spins. Mr Fox gives chase and, if the mischievous Irish character is caught, Foxy will turn him upside down and empty his pockets.

Fox Funds is a randomly-awarded prize which will pay out an instant win if you manage to trigger it.

You can try out the Gamble feature just by hitting the button once you have achieved a win. You will then have the chance to choose the suit or colour of a card. Guess the colour right and your most recent win is doubled, while getting the suit correct will see your prize quadrupled. However, get it wrong and you will lose your initial prize.